What Deforestation Does To The Environment

Contrary to popular belief, deforestation is not a good thing. Although trees are indeed being cut down, it’s for a reason: to clear the land for farming, building and other reasons. But it turns out that deforestation can be bad for the environment. A lot of species are getting killed off because the forests they live in are being destroyed. This leads to many animals dying of starvation or exposure. 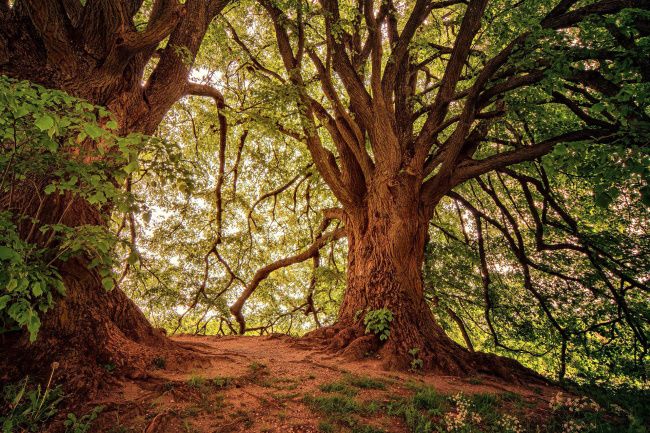 It’s estimated that deforestation accounts for about 20% of all greenhouse gas emissions. That’s more than the entire transportation sector. And here’s the kicker: It’s not just the trees that are being destroyed. It’s also the plants, animals, and microorganisms that live in them.

To combat these devastating effects, we need to make sure that our forests are protected. We can do this by creating policies that protect them and ensure they remain intact.

We’re seeing more and more evidence that the earth’s climate is shifting. It’s believed that deforestation is one of the major contributing factors.

Forests have been around for millions of years playing a crucial role in keeping our planet healthy. When you cut down a tree, it releases carbon dioxide into the atmosphere. That’s something that many scientists say contributes to global warming. We don’t want to be part of something like that, do we?

If we want to save our planet from the effects of global warming, we need to do more than just reduce our own carbon footprint. We’ve got to stop destroying our forests altogether!

The global warming problem caused by worldwide deforestation is a serious one. And it’s certainly not going to be easy to fix. But if we can find a way to remedy the situation without destroying precious forests. Surely it will be worth the effort?

Many of us are familiar with the concept of climate change. But it’s important to remember that it can happen locally as well as globally. Even in your own backyard!

Deforestation is one-way local climate change can occur. When you cut down trees, the ecosystem changes. Even if only temporarily. And the local climate will shift accordingly.

It’s important to understand that this isn’t just an issue for people living in jungles or forests. Even in places where trees are less prevalent. Including cities and suburbs, deforestation can contribute to local climate change.

Deforestation is a major contributor to climate change, and it’s something that we all need to be aware of.

The more CO2 in the atmosphere, the warmer our planet gets overall. This can have a huge impact on local climates. This includes rising temperatures and extreme weather events like hurricanes and floods.

Deforestation can change the local climate to such an extent that it will help spread disease and famine. This will continue to happen until there is a worldwide effort to reduce the number of trees that are cut down every year.

When trees are cut down and removed from their natural habitat, they leave behind large amounts of debris. This debris can include dead leaves, branches and tree trunks that were recently cut down. When this debris builds up over time, it becomes dense, which can cause soil erosion.

When soil particles are moved or displaced by wind or water soil erosion occurs. This can lead to several negative consequences for the environment.

Including the loss of plants and animals and contamination of drinking water sources with sediments from eroded soil. Deforestation increases these risks by causing more sediment to enter local waterways than if forests were left.

The presence of carbon dioxide in our atmosphere is changing global temperatures and has a devastating impact on our environment and the future….read more

Soil is an important component of the environment. It is a complex system. Constantly changed by the interaction between living organisms, the atmosphere, and the geosphere.

Soil is also a major component of land use, covering approximately one-third of the Earth’s land surface. Soils are crucial to human existence. They provide food (crops), fibre (for clothing), fuel (wood), raw materials for industry, and many other products needed for everyday life.

There’s no way around it—soil is essential. It provides the foundation for a wide variety of ecosystems and allows plants to thrive. Yet at the same time, humans are destroying vast swaths of it.

Deforestation is the process of cutting down trees, usually to clear land for agriculture or development. It’s a major cause of biodiversity loss, which refers to the total amount of unique species that exist in an ecosystem.

Deforestation can lead to reduced biodiversity in several ways. First, it reduces the number of habitats available for animals to live in. Second, it removes important food sources for many animals. Third, it can cause habitat fragmentation by removing large swaths of forest from where species used to live together.

When we think of deforestation. We imagine a massive forest being cut down and cleared to make room for farming or urbanisation. But it’s not always that simple.

Deforestation can mean more than just cutting down trees. It can also involve clearing out shrubs, grasses, and other plants that grow in the understory.

When this happens, it can reduce the biodiversity of an area. Biodiversity refers to how many different species live in an ecosystem at one time. It’s important because it keeps things balanced in nature — if one species is reduced, there are plenty of other species around to take its place.

Humans’ clear areas for farming or urbanisation. Often without considering the need for biodiversity. They usually kill off some of the plants and animals that make up their ecosystem’s food web. Many times without realising. This can lead to problems for both people and wildlife alike (since humans rely on natural resources like food).

Deforestation is one of the biggest environmental issues facing the world today. It doesn’t just hurt plant life and animal life, but also our environment. Reduce your carbon footprint to save not only trees but the future of our planet.

Environmental issues are huge and complex, but they’re also solvable. We can make a difference in our own lives and communities by choosing to use fewer resources and make smarter decisions.

Deforestation is the permanent destruction and conversion of forest land for non-forest use. It is a global problem, with tropical forests being particularly affected.

It can be caused by human activity or natural processes such as climate change, population growth and over-harvesting. Deforestation causes major environmental problems. And contributes to global warming. But it can also be reversed if people act.

Deforestation can occur for many reasons, including subsistence farming and other agricultural practices. It could also be logging for timber and the creation of plantations for rubber, palm oil and other crops.

Forests are home to millions of different species of plants, animals, and insects. All live together in complex ecosystems with their own unique structure and function. When forests are cleared these species are lost forever. Unless they can be reintroduced into new areas through conservation efforts.

Forests provide homes for many animal species. Including endangered species like tigers, elephants, and rhinos. When forests are destroyed these animals may lose their habitat. They could even become extinct altogether because there is nowhere left for them to live.

It doesn’t take much more than a simple internet search to discover how serious of an issue deforestation has become. It is one of the primary causes of global warming and will likely continue to be until measures are taken to combat it and put a stop to it entirely.

By learning how to make a difference, we are all taking steps in helping to reduce deforestation. And improving our own environment at the same time.

Deforestation can have disastrous effects on the environment. These include mass extinction of plant and animal species, soil erosion, flooding, and drought.