It’s hard to believe that we sometimes hurt our own environment with things like gasoline and fertilisers, but we do. These pollutants make their way into the soil, which can destroy everything from the plants that grow in it to animal life and even humans. There are methods of cleaning up soil contaminated by pollution, called remediation, but there’s a lot more that can be done. 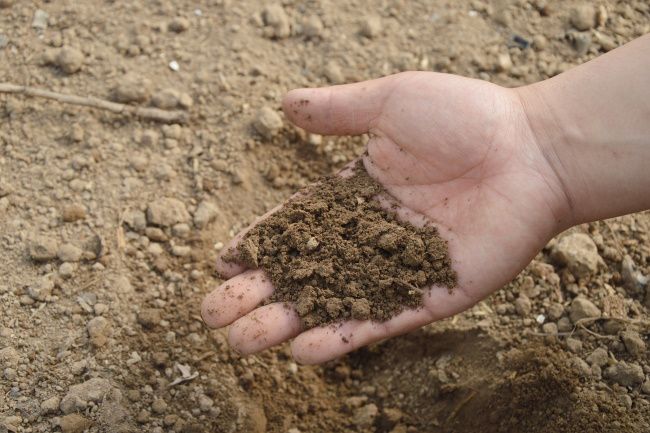 The Composition Of Our Soils Are Changing Through Pollution

There is no shortage of threats to the environment these days, but a new and perhaps unexpected danger is rising from the dirt beneath our feet. Soil pollution is a problem that few people have heard about and even fewer know how to address. Yet it is growing fast and may even be having a devastating impact on our health and the world around us.

As well as affecting the composition of the soil, which can impact plant growth and crop yields, this can also influence water quality too. Heavy metals, organic compounds and other pollutants can seep into groundwater supplies which are then used by humans for drinking or recreation.

We need to be aware that the composition of our soils is changing through pollution, erosion and depletion from intensive farming and that these changes can affect our ability to grow food. We are at risk of losing productive agricultural land, and this is a truly frightening prospect.

According to the United Nations, around 33% of all soil is currently degraded, and it is estimated that we have just 60 years of farming left if this continues. We need to act now to reverse this trend.

Degradation occurs when the soil loses nutrients and organic matter, which causes a decrease in food production. This happens when plants are taken without being replaced, or when harmful chemicals are used in agriculture.

Soil can be improved through crop rotation, good use of fertilisers, and by protecting it from erosion through windbreaks, cover crops and terracing.

Erosion Is Affecting The Quality Of Soils

The effects of erosion are often hidden and take place over a long period. For example, even if someone has been farming their land for many years, they may not realise that their soil is eroding because the effects are slow and gradual.

If you’re like most people, the word “erosion” may conjure up images of desertification in Africa or landslides on steep slopes. But it turns out that erosion isn’t just a problem for extreme environments. Erosion is a natural process that happens all around us and plays an important part in creating soil, sand, and rivers.

Humans have been modifying the natural erosion cycle through agricultural practices such as tillage. This has many effects on soil health, including loss of soil carbon to the atmosphere, loss of nutrients, compaction and more.

Soil is a living, breathing thing. It’s made up of several mineral factions and organic matter, which contain bacteria, fungi, and insects. These organisms break down organic matter into humus, which releases nutrients for plants to feed on. Healthy fertile soil can hold onto and filter water to prevent flooding and erosion.

Agriculture is one of the biggest causes of soil damage in the world today. Soils are tilled to allow crops to be sown – this increases erosion as water flows more easily through tilled soil carrying sediment away with it; nutrients escape as they aren’t held as securely.

Ok, so we’ve covered what soil pollution is, how it happens and some of the consequences. But that’s not all. Soil pollution creates a ripple effect that contributes to other environmental concerns as well.

One way is by spreading disease and affecting food safety. For example, if toxic chemicals leak from landfills into soils and then contaminate water supplies, those that drink this water will become ill. The same goes for soil contaminants entering food supplies through plants or animals.

These kinds of contaminated foodstuffs can lead to cancers and other serious diseases in humans who consume them daily. This is an alarming stat: more than half of the world’s agricultural lands are currently affected by depletion!

Another consequence of soil pollution is that it contributes to water pollution when toxic chemicals seep into groundwater supplies or runoff into waterways during rainstorms.

Waterways are also harmed when agricultural pesticides are sprayed in excess over farmlands, which drains into nearby lakes or rivers and can cause algae blooms or fish die-offs down the line. The result? Water sources become too toxic to support life—not just for marine organisms but for humans as well, who depend on clean water for drinking and bathing purposes among others.

Lastly, polluted soils can cause air pollution by contaminating the atmosphere due to dust storms which carry widespread amounts of pesticide residue into the air we breathe (every day!).

Inhaling these particulates can lead to health problems such as asthma and respiratory illness among others mentioned above, such as cancers resulting from carcinogenic chemical exposure over time.

Soil Pollution is a Global Issue

Soil pollution is one of the most underestimated issues we are facing today. It is an insidious problem that has proven particularly tough to tackle and it also varies greatly depending on where in the world you are.

The causes of pollution differ depending on the region. In developing countries, agriculture is often to blame for contamination, whereas in developed countries, industrial activities are the main culprits.

The estimates of arable land available worldwide vary greatly depending on which scientist you ask but they generally range from 12% to 18% of the earth’s surface. As you can see then, there isn’t much room here for us to continue losing productive soil!

The degradation of the quality due to pollution and erosion is a major environmental concern that can have a significant impact on climate change, food security and water supply.

Soil is a finite resource. Our planet’s most important material, and it’s the foundation of life on earth; it provides a growing medium for plants and homes to countless microbes, insects, worms, and other critters.

In addition to supplying food security through global crops, it helps to filter water and prevents flooding, as well as stores carbon from the atmosphere (which counteracts climate change). Furthermore, its role in fixing nitrogen from the air is an important defence against greenhouse gas emissions.

Soil pollution is not just about chemicals and toxins but also about erosion-it can be caused by changes in land use such as deforestation or urbanisation that lead to physical changes in the environment. The impacts are not just limited to the environment but also affect human health: poor soil quality can cause food shortages which have further consequences for society.