The Impact of Global Warming

Global Warming has caused a significant rise in average temperatures across the globe. This has resulted in changes to the climate, leading to extreme weather events and other environmental challenges. We must take action to reduce the number of greenhouse gases that are released into the atmosphere to help mitigate the effects of Global Warming. 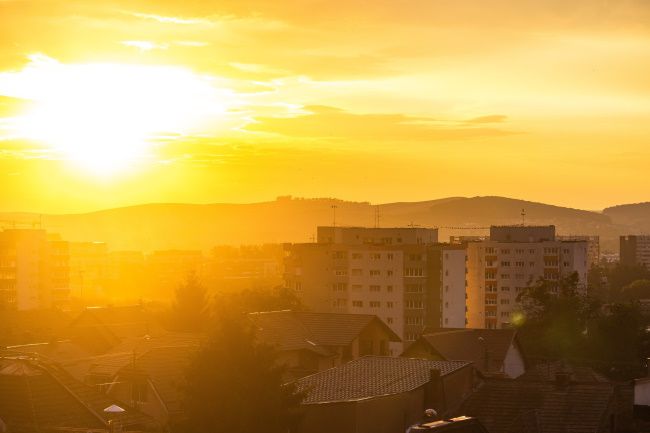 Global Warming is primarily caused by the increase of greenhouse gases such as carbon dioxide (CO2), methane (CH4), and nitrous oxide (N2O) that are released into the atmosphere because of human activities.

These gases trap heat in the atmosphere, leading to an increase in the average global temperature.

The most significant contributors to Global Warming are the burning of fossil fuels, such as coal and oil, which release CO2.

Other sources of greenhouse gases include farming, industrial processes, and land use change (such as deforestation), all of which are related to human activity.

The Effects of Global Warming

Global warming has had many effects on both our environment and us.

It has caused extreme weather events such as floods, droughts, and hurricanes to become more frequent and intense.

It has also caused sea levels to rise, threatening coastal cities and the livelihoods of people who live in these areas.

Finally, it has caused several species to become endangered due to their habitats being destroyed.

What Can We Do to Combat the Effects of Global Warming?

We can work to mitigate the effects of Global Warming by reducing our carbon footprint, supporting renewable energy sources, and advocating for government policies that address Global Warming.

We can support organisations that are working to protect and restore ecosystems that are affected by Global Warming.

How Can We Prevent Global Warming?

We all must take steps to reduce the number of greenhouse gases that are released into the atmosphere.

This can be done by using public transport and choosing renewable energy sources.

We can also reduce our carbon footprint by using more efficient appliances and reducing our waste.

And we can educate ourselves and others about the effects of global warming and advocate for more sustainable practices.

To combat global warming, we need to understand the causes and solutions.

Global warming is a fact, and it is happening. It’s up to us to find a way to combat it.

The causes of global warming are mainly due to human activity. We have been burning fossil fuels for centuries, and this has led to an increase in carbon dioxide emissions in the atmosphere.

The more CO2 we emit, the more heat gets trapped in our atmosphere and the warmer our planet gets.

The solutions are relatively simple – we need to reduce our dependence on fossil fuels, use more renewable energy sources like wind and solar power, and stop using plastic (which takes hundreds of years to decompose).

Global Warming is the undisputable increase in the average temperature of our planet’s atmosphere. This is caused by the increase of greenhouse gases that are released due to human activities.

Global warming is an urgent issue that needs to be addressed by all of us.

We need to take steps to reduce the amount of greenhouse gases that are released into the atmosphere and educate ourselves and others about the effects of global warming.

Only then will we be able to make a difference and help protect our planet.

Advertisement
Popular Posts
Advertisement
We use cookies on our website to give you the most relevant experience by remembering your preferences and repeat visits. By clicking “Accept”, you consent to the use of ALL the cookies.
Do not sell my personal information.
Cookie SettingsAccept
Manage consent