You Can Now Make A Difference To The Climate Crisis

It’s time to stop talking about global warming and start talking about the global climate crisis. Storm after storm after storm is wreaking havoc. The signs are everywhere. The fact is that we are facing one of the worst periods that our planet has seen in a long time. We may never know exactly what will happen tomorrow or even a few years from now, but I think we all have an idea that things aren’t going to be looking good soon enough. 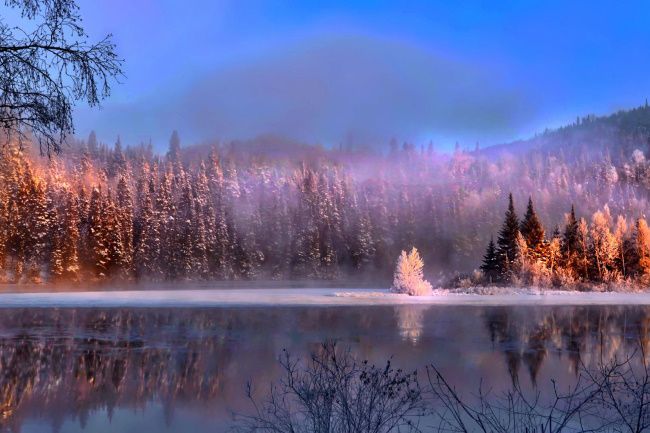 We’re already seeing the effects of climate change in our everyday lives.

If you’re like most people, you probably don’t think about the climate crisis very often. It’s not that it isn’t important, it’s just that it feels so big and so far away.

Climate change will affect how much food there is to eat. Farmers may grow less nutritious crops because of extreme weather events such as floods, drought, or heat waves, according to a report by the United Nations’ Intergovernmental Panel on Climate Change (IPCC).

Extreme weather also means that food prices may rise as more agricultural land gets damaged by flooding or water shortages making it more difficult for farmers to grow enough crops.

In addition, extreme weather can affect transportation routes used by food companies so that they have trouble getting fresh produce to market quickly enough before it spoils.

Water scarcity is already one of the most pressing issues facing humanity today — and climate change will only make matters worse by increasing evaporation rates due to higher temperatures.

The weather is getting more extreme: the seas are rising, the floods are getting worse, and the droughts are more severe.

Our economy is at risk – our businesses and homes will be damaged by floods and storms, as well as by heatwaves and droughts.

The health of people all over the world will be at risk from diseases like malaria, dengue fever and cholera that thrive in warmer climates.

We are all part of a larger whole, and that is humanity. And although some feel that they don’t want to be “part of the problem” they feel helpless to change things because they think it’s being caused by someone else.

These days, it seems like it’s always climate change this and climate change that. Maybe you’re sick of hearing about it (I’m not)—or maybe you’ve been so overwhelmed by the magnitude of it all that you feel like there’s nothing you can do to make a difference.

Well, I’m here to tell you that’s not true! It takes all of us, working together, to fix this.

Once upon a time, we had the idea that we were separate from nature, instead of a part of it. But the physics behind climate change has shown that humans are one with the natural world—we are dependent on Planet Earth for our existence and what affects one will inevitably affect the other.

First and foremost, we need to become conscious of our impact on Planet Earth. We all need to be aware that our choices have consequences—sometimes big ones—and educate ourselves on the effects they have on our surroundings. To get started, learn more about sustainability and then start making small shifts in your daily practices.

Climate Change Is A Problem Now, It Has Affected Planet Earth Drastically

Not only is the climate crisis affecting the environment now, but it’s also having an effect on humanity. We have a previously unheard-of situation where desertification, deforestation and global warming are putting people in danger from drought, floods and heatwaves which result in famine and political conflict.

There are two ways that climate change affects us: through direct damage like extreme weather events or through indirect effects like water scarcity or food insecurity.

These can be worsened by human activity such as deforestation or mining which causes further problems down the line. For example, when forests are cut down they release carbon dioxide into the atmosphere which creates more greenhouse gases which increases global temperatures which melts glaciers making floods worse etc.

Deforestation Effects On The Environment

When trees are cut down, it has a devastating effect on the planet. Deforestation effects on the environment are many and varied, but there are ways we can reverse this trend and save as many trees as possible…read more

The extreme weather events and natural disasters that we’ve seen in recent years are only going to get worse as the climate crisis worsens. We are already seeing the effects of global warming on our health and well-being, from heat waves to droughts and food shortages.

The lack of action on climate change is killing people around the world. People living in poverty have been hardest hit by climate change, but these are not just numbers – these are real people who deserve a safe and comfortable life.

If we are to deal with the climate crisis effectively, we must understand its implications and how it affects everyone. Let’s start acting now. We need to think not only about the environmental consequences but also the social and political ramifications of this global climate crisis.

To combat climate change, industry not only needs to make changes but also show its commitment to discovering new and innovative practices.

Climate change is an issue we must all face. It’s something that not only CAN get better but might need to get better before it’s too late. Our planet needs us to protect it and those who live on it.

Some of the areas that need focus are:

The climate change debate is often framed as a battle between environmentalists and industry. But it shouldn’t be that way.

It’s important to recognise that both sides have something at stake in this fight. The planet needs saving, but so does the economy. We need to work together to find solutions that benefit both sides.

The good news is that we can solve this problem together — by focusing on what we have in common rather than what divides us.

For years, we’ve taken part in the consumerism cycle, buying new things and discarding them immediately, consuming more and more with no regard for our carbon footprint.

We’ve been told that there is something wrong with this behaviour and that it should change. But how are we supposed to make that happen? There’s no single answer to this question—everyone has different priorities.

Human Activities That Cause Global Warming

Energy-efficient appliances use less electricity than their counterparts and therefore emit less carbon dioxide into the atmosphere. If you need new appliances this year, consider buying an Energy Star model instead of something conventional. You’ll save money on utility bills and help prevent global warming at the same time.

Used clothes from second-hand stores are better for the environment than new clothes because they don’t require as much energy to produce or transport.

As a conscious consumer, you are aware of the impact that your purchases have on the planet. You know to look for recycled materials and organic fabrics, buy local or fair-trade items and avoid single-use plastics.

You also know that there are many other ways that our everyday decisions affect the environment. For example, how will your choice of food affect the planet? What about your choice of transportation? And what can you do to reduce waste at home?

The Climate Crisis Is Becoming A Question Of Survival

We need to act now to help the planet. If we don’t, the health of billions of people, our environment and our livelihoods could be in danger.

More frequent droughts, heatwaves and floods will threaten food supplies and cause disease outbreaks. The cost of doing nothing is far higher than the cost of acting now.

This is what we should all know about the impact of climate change on our health and environment:

It is astounding but true: the climate crisis we now face is a question of survival. Central to that crisis is this stark reality: unless we act quickly and boldly, the future may not be habitable for human beings.

We have seen from our past failure to heed the warnings of eminent scientists that a similar fate could await our generation. So long as some would deny that humans have caused catastrophic changes in Earth’s climate they will continue to exploit our basest fears for the purpose of profit and power.

The real cause for fear today, therefore, does not lie in the dire consequences awaiting us if we act, but in the ones that result if we do not.