These Are Human Activities That Cause Global Warming

Global warming is a huge issue that we cannot ignore. And yet, we all know that there are activities being carried out by us daily which are contributing to the cause. We should always remember to take our own steps to help combat the problem and make efforts to reduce these activities by engaging more in environmentally safe human activities. 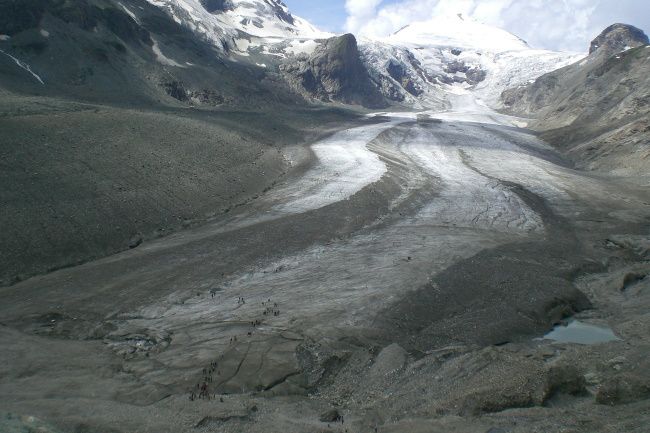 Human Activities That Cause Global Warming

Human activities, especially the burning of fossil fuels, release carbon dioxide and other heat-trapping greenhouse gases into the air. Most of the warming that has occurred over the past 50 years is due to human activities.

Some of these activities, such as clearing land for agriculture, are minor contributors in comparison to fossil fuel burning and deforestation.

The potential effects of climate change range from increased droughts and floods to sea level rise and more frequent or intense heat waves. These effects may be gradual or sudden, local or global. Scientists disagree on how much the Earth will warm and what impacts that warming will have on our planet.

But they are certain that a warming trend has already begun and that we must reduce emissions if future generations are to avoid severe consequences.

In fact, human activity is causing about 100 times more carbon to be released into the atmosphere than natural processes do. This has disrupted the balance that exists between the sources and sinks of carbon on Earth.

As a result, approximately one-third of all human-caused carbon dioxide emissions remain in the atmosphere for centuries. The other two-thirds are typically absorbed by plants on land or dissolved in the ocean.

But burning these fossil fuels causes pollution and messes with Earth’s climate. Coal, oil, and natural gas are made of carbon and hydrogen atoms, which react with oxygen in the air to produce carbon dioxide and water vapor.

Carbon dioxide is a greenhouse gas: it lets light in but traps heat on Earth’s surface, like a blanket covering the planet.

The more greenhouse gases we put into the atmosphere, the more heat gets trapped—and the hotter our planet gets.

Hotter weather means bigger wildfires that destroy homes and habitats. Warmer temperatures cause animals to migrate north or to higher altitudes where it’s cooler. This is to find food sources that have also moved, or to compete with new species for scarce resources.

The good news? If we stop dumping carbon into the atmosphere, our climate will eventually stabilise. If we don’t, we’re looking at a lot of changes on Earth—changes that could make life hard for us humans.

Yep, burning fossil fuels like coal and oil is bad for the environment. It emits lots of pollution into the air that contributes to global climate change.

And, over time, it will all lead to Earth becoming a planet that’s never really been seen before: one that’s hotter, and where extremes of heat or cold will be more common.

Cutting Down Forests Which Store Carbon

The world’s forests also play an important role in reducing climate change through their ability to absorb and store carbon dioxide. Forests currently absorb nearly a third of the carbon dioxide released into the atmosphere each year by burning fossil fuels like coal and oil.

Without forests, much more of this gas would remain in the atmosphere, causing global temperatures to rise and leading to more extreme weather events such as droughts, floods, and storms.

Deforestation releases this stored carbon dioxide into the atmosphere when trees are burned or decay. The loss of trees also means that less rain falls on the cleared land, leading to further removal of vegetation and soil degradation. This vicious circle is called desertification.

It is a fact that sea ice around the globe is melting at an alarming rate. Images of the North Pole – once a frozen block of ice year-round – now show open seas…read more

When trees are cut down, they no longer absorb this gas, contributing to rising levels of carbon dioxide in the atmosphere. In addition, trees store carbon in their trunks, branches, leaves, and roots.

When a tree is cut down or burnt, this stored carbon is released as carbon dioxide.

Cutting down forests also releases other greenhouse gases. For example, when trees are burned or decompose, they release methane gas into the atmosphere.

The clearing of forests can also lead to increased soil erosion and drainage of peatlands which release organic carbon (composed of plant material) into streams and rivers.

In order to focus on the problem of global warming we should look into its major causes. We know that activities such as burning fossil fuels and deforestation increase the amount of carbon dioxide in the atmosphere.

But there are also other ways that human activities can cause global warming. For example, what you put on your lawn or garden can make its way into the air and contribute to global warming. 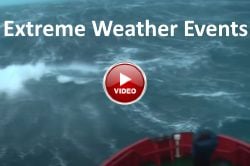 Fertilisers that release nitrous oxide can get into the air or leach into groundwater. Nitrous oxide is a known greenhouse gas and a pollutant. It’s also easily lost from soil, so some fertilisers are made with inhibitors to reduce this loss.

Don’t overwater your lawn or garden. You can easily overwater, which will cause your lawn or plants to become waterlogged, and this can lead to root rot.

Overwatering also increases the likelihood that fertiliser will wash away and pollute waterways. So, watering properly is good for the environment in general.

You may be surprised to learn that the biggest contributor of greenhouse gases is the burning of fossil fuels to create electricity.

But you’re still responsible for the energy you use in your home, whether it comes from a coal plant or a wind farm. Using appliances that consume energy, like your refrigerator, stove, microwave and computer-especially during peak hours.

And when they’re older, smaller models this can cause a big spike in the greenhouse gases that contribute to global warming.

These appliances also generate heat, which can make the ambient temperature in your home higher than necessary. That means you’ll have to run your air conditioner more often, which requires more energy.

The good news is that there are plenty of ways to use less energy without making any major lifestyle changes.

In addition, your home’s heating and cooling system also consumes a lot of energy.

To help reduce global warming, all you must do is make small changes to your daily routine by turning off the lights when you leave a room or unplugging electrical devices when they’re not in use.

You can also help reduce greenhouse gases by purchasing energy-efficient appliances when it’s time for an upgrade. Energy Star appliances are certified to be more energy efficient than standard models.

Not Recycling Paper, Plastic and Glass

Recycling is the means of transforming waste materials into new materials and items. It is an alternative to “traditional” disposal of waste, saving material use and helping to lower greenhouse gas emissions.

The most common household items that can be recycled are plastic, paper, and glass. These three materials can be turned into a wide range of new products, ranging from soda cans to carpeting.

Plastic is one of the most easily recycled materials because it can be melted down and reshaped into new products without losing any of its chemical properties.

Plastic containers are typically marked with a number between 1 and 7 to indicate what type of plastic they’re made from. Recycling centres may not accept all types of plastic, so check your local regulations before setting out your recycling bin.

We Must Reduce Pollution

We all need to try to reduce pollution. Most of us love the outdoors and want to enjoy nature. But sometimes we do it in a way that can damage the environment and our health…read more

Paper is another material that’s easy to recycle and reuse. Paper can be recycled seven to ten times before its fibres become too short to be useful.

Glass is often processed at bottle-to-bottle facilities and turned into new glass containers. Glass recycling is limited by the fact that broken or chipped glass can contaminate the supply, which makes it difficult to process.

When you recycle, used items are transformed into new products, lessening the need to consume natural resources.

For example, recycling paper decreases the demand for virgin wood pulp and saves energy, water and air emissions that are used in creating paper from trees.

Recycling is more than just the right thing to do — it’s also a smart thing to do. You’re helping to reduce the need for landfills, reducing greenhouse gas emissions, saving money and creating jobs.

Humans have been pumping carbon pollution into the atmosphere for a long time since the Industrial Revolution. The results are clear: global warming is occurring.

Similar amounts of CO2 are emitted when we burn other fossil fuels such as oil and natural gas.

Although cars and trucks make up a large percentage of all motor vehicles on our roads, they account for only a portion of transportation emissions because heavy vehicles (such as freight trucks) account for most of the total miles travelled by motor vehicles.

Global warming is something that should concern everyone, regardless of political affiliation and personal beliefs on climate change.

Hopefully we have shed some light on the consequences of global warming and how we can help reduce our carbon footprint.

Just by making a few small changes to your day-to-day activities, you can make a significant impact. 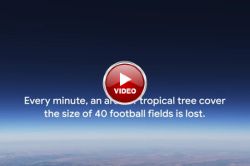