Help Save The Environment And Be A Part Of The Solution

We’ve all heard about global warming and how we’re a part of the problem. But the good news is that you can help with the solution. It’s universally known that the way we live and produce today harms the environment. Polluting chemicals are released into the air we breathe, our forests, animals and seas are destroyed, and every year more people die from climate change-related droughts, floods, and severe weather events. 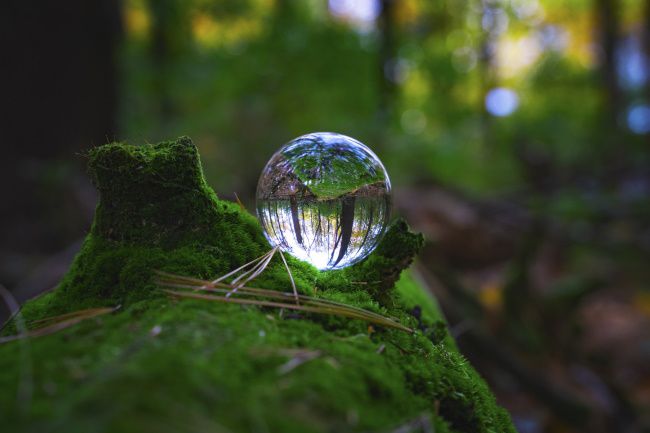 Some people believe that environmental preservation is about cutting down on carbon emissions; others read it’s about handing out reusable shopping bags. I have a slightly different perspective than both. I’m not really a tree-hugging kind of person, but I do care deeply about our planet and what happens to it in the future.

The way I see it, our environment is a very delicate thing. It’s like the operating system on your computer; we rely on it and take it for granted. We pollute and fill our atmosphere with carbon dioxide and other gases.

We cut down trees to build cities and houses, we drive cars that pollute the air and water, and we use objects that require electricity from power plants that also produce more pollution. We do all of these things day in and day out without really stopping to think about what we are doing to our own planet.

All these things have consequences that lead to serious issues. Although I can’t say that I am an expert on global warming or pollution, I do know enough about the subject to realise that these are serious problems that need to be addressed as soon as possible if not already.

It’s hard for such a large population of people to change their ways overnight, but there are some simple things we can do to help clean up the environment and make sure that we leave behind a planet worth living in for future generations.

Living More Sustainably Is Easier And Less Expensive Than Ever Before

Sustainability is a complicated term and one that can mean different things to different people. To some, the idea upends an entire way of life. To others, it’s about using products with fewer harmful chemicals; buying locally grown food; or choosing paper bags over plastic ones.

But whether you think of sustainability as a personal choice or a global obligation, there are ways to learn more about it and make changes toward living more sustainably.

Learn about the issues. The first step in making any change is understanding it and its impact on your daily life. Learning about sustainability need not be overwhelming. Start by reading and researching online to get a sense of what it means and how you can get involved in your community.

Find inspiration from other people’s stories. Look for local organisations doing work in this area and see if they are holding events such as film screenings or panel discussions with experts on sustainability-related topics. There’s also the inspiration to be found in books, blogs, podcasts and more.

Start small. Even small changes can have big impacts over time, so look for simple ways to incorporate sustainable practices into your routine — such as eating out less often or buying more second-hand clothes.

Even The Smallest Things Can Help Environmental Preservation

We are all aware of the effects of climate change. Since the industrial revolution, human activity has been busy contributing to this phenomenon. Every year we produce millions of tons of waste and pollution that gets added to the already existing waste and junk on our planet. Scientific studies tell us that this is a major contributor to global warming and climate change.

More than 17 million acres of forest are lost each year, which is considered destruction on an astronomical scale. Deforestation and climate change go hand in hand…read more

In an average lifetime, most people will produce enough waste to fill up an entire house. That’s a sobering thought. And although most of us know that it’s important to recycle and reuse as much as possible, few of us realise just what a huge difference it makes.

Don’t You Think We All Deserve Clean Air, And Clean Water

The saying “we are the environment” often makes sense when you realise how much we rely on healthful environments. They are integral to us, and to everything we do: breathing clean air, eating safe food, drinking pure water, enjoying the safety of our homes, and loved ones, travelling freely about our local communities, and more.

The role of the environment in our lives is self-evident. But there’s another side to this story. The environment is also a key factor in maintaining human health.

Water pollution can occur when infectious organisms (such as bacteria or parasites) or toxic chemicals contaminate a lake or river. People can get sick from drinking contaminated water; bathing in polluted water; swimming in contaminated lakes, rivers, or oceans.

We live in a time when the environment is under great threat. The effects of climate change are accelerating. Every year, billions of tons of toxic chemicals are released into the air, water, and soil. Thousands of new synthetic compounds are produced every year, many of which escape into the environment as well as our bodies.

Living On An Unpolluted, Unspoiled Planet Will Be Great For You And Your Kids

The world is changing, and not for the better. Global warming, resource depletion, urban development, radioactive pollution from nuclear power plants, oil spills from tankers, air pollution…it’s enough to turn you off humanity.

It’s all very depressing. But despair is a waste of time and energy. What we need to focus on is solving these problems.

Unlike fossil fuels, which take millions of years to generate, renewable energy can be replaced almost instantly. This is because a new source of the same type of energy is constantly being produced…read more

A lot of people are already doing just that, in their own way. In fact, there’s something you can do about it as well. Modern technology has made it possible for even the average person to help save the world from some of its biggest problems.

People are becoming aware of the damage we’re doing to our planet, and thanks to the Internet, there is a worldwide community of like-minded individuals who can exchange ideas and action plans for helping to create a sustainable future.

One of the most important ways to combat climate change is to reduce our global emissions. But what if we could do more than that? What if we could reverse the process and pull carbon dioxide out of the atmosphere?

It’s an idea that has captured imaginations for years, but now scientists are getting closer to making it a reality.

You Can Take Part In Environmental Preservation In So Many Ways

You may be aware of the several ways you can take part in environmental preservation. You can reject plastics, you can use reusable bags, and you can eat organic foods. You can also choose not to use products that harm animals or the environment or commit yourself to practising sustainability in every aspect of your life.

The first step is to get educated. Find out how you can help, and how the products you use can harm the environment. Learn about the process of making these products.

Small changes add up. For example, you can replace paper towels with reusable cloths or towels. Use cloth napkins instead of paper ones. Reuse plastic containers, rather than buying new ones every time you need them. Try to reduce your waste as much as possible.

Buy eco-friendly cleaning supplies, such as natural soap, vinegar, baking soda, and lemon juice. Replace chemical insect killers with natural ones like diatomaceous earth or neem oil. You can also get rid of pests by sealing holes and cracks around your house, installing screens on windows, and using sprays made from essential oils (such as peppermint) to repel unwanted bugs and rodents.

If you have a lawn or garden, use compost instead of chemical fertilisers and pesticides. You can also plant trees to help conserve energy in your home or community. If you have a lawn, mow it less often so that it absorbs more carbon dioxide from the atmosphere.

Sustainable living isn’t a new concept, but it’s certainly one that has been revitalised in recent years as modern society continues to grow and add to the immense amount of waste people produce.

It’s becoming difficult, if not impossible, for regular people to practice sustainable lifestyles simply because it takes extra effort, time, and money that most aren’t willing to spend. But for those who are willing to look past the costs and truly commit themselves to a sustainable lifestyle, they’ll find there are many benefits to be had. 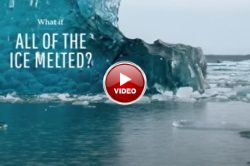