Global Warming: What You Need to Know

Global warming is the increase in the Earth’s average surface temperature, which is leading to various environmental, economic, and health issues. This temperature rise is caused by the trapping of heat-trapping gases in the atmosphere, like carbon dioxide and methane. Global warming is a serious issue that must be addressed to protect our planet and its future. 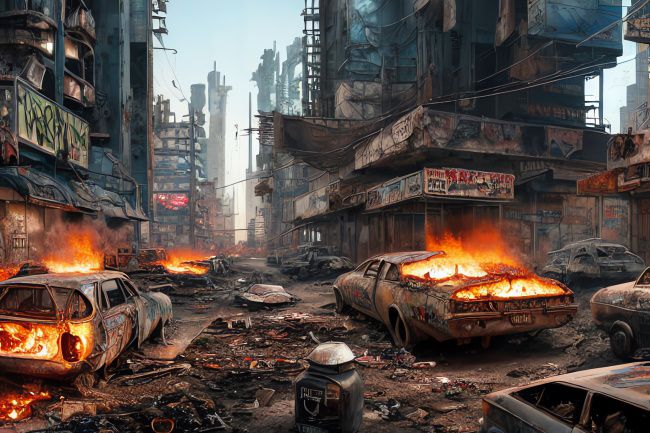 The Causes of Global Warming

Global warming is the increase in Earth’s average surface temperature because of the greenhouse effect.

Thermal radiation from a planet’s surface is reflected in all directions after being absorbed by greenhouse gases in the atmosphere, a phenomenon known as the greenhouse effect.

Due to the fact that some of this re-radiation is directed back onto the surface and lower atmosphere, it raises the average surface temperature over what it would be without them.

The primary cause of global warming is the burning of fossil fuels like coal, oil, and natural gas for energy production.

These fossil fuels contain carbon dioxide (CO2) which is released into the atmosphere when they are burned.

Carbon dioxide acts as a heat-trapping “greenhouse” gas, trapping heat near Earth’s surface and preventing it from escaping into space.

Deforestation also plays a role in global warming because trees absorb carbon dioxide from the air through photosynthesis, which produces oxygen as a by-product.

When trees are cut down or burned for fuel or land development, there is less carbon dioxide being absorbed from the atmosphere.

The Effects of Global Warming

Did you know the effects of global warming are happening now?

Not only that, but there seems to be a direct connection between global warming and extreme weather events.

What does this mean for me? You may ask yourself.

My answer: It means that it’s more important than ever to make your voice heard in the fight against global warming.

Global warming has many different effects, some of which are more obvious than others.

We are all interested in the potential dangers climate change poses to our environment, our food supply and just about every organism on Planet Earth…read more

For example, rising sea levels are one of the most visible consequences of global warming.

The melting of glaciers in Greenland and Antarctica has caused sea levels to rise by about eight inches since 1880.

By 2100, it is predicted that sea levels will rise another two feet due to melting ice caps.

The effects of global warming are far more expansive and severe than some people think.

Besides rising sea levels and much warmer temperatures, extreme weather events like hurricanes, tornadoes, and snowstorms are becoming more common.

The severity of these natural disasters is also on the rise.

The effects of global warming are already being felt around the world–from rising sea levels to changing weather patterns.

And while some parts of the planet are experiencing more extreme weather events than others, these shifts in climate will affect us all.

Global warming can also cause changes to the world’s natural resources.

This can have a devastating effect on the local environment and the species that depend on it for survival.

Climate change is affecting our natural resources in many ways:

This could affect low-lying areas such as low-lying islands like Kiribati, which will disappear underwater if the sea level rises by just 1 metre (3 feet).

Sea level rise could also threaten coastal communities around the world, which rely on their proximity to the sea for their livelihoods and way of life.

Coastal erosion – Eroding coastlines are another serious concern for people living near the sea.

As waves pound against unprotected coasts, they erode away land and expose more coastline over time.

This makes communities more vulnerable to flooding during storm surges or high tides and puts residents at risk from falling rocks or landslides as cliffs collapse into the sea.

The effects of global warming are not only felt by the environment, but by humans as well.

Higher temperatures can lead to heat exhaustion, heat stroke, and other health problems, as well as an increased risk of respiratory problems.

Heat exhaustion occurs when the body becomes overheated due to intense physical activity or exposure to high temperatures.

Symptoms include muscle cramps, nausea, weakness, and fainting. Heatstroke is a more serious condition caused by extreme heat exposure that leads to organ damage and even death.

It is characterised by high fever and dry skin with no sweating; confusion; hot, red skin; rapid pulse; seizures; and unconsciousness.

The elderly, young children and pets are at higher risk for heat-related illness because they have lower metabolic rates than adults and may not be able to cope with temperature extremes as easily.

People who are physically active outdoors during the summer months also need to be aware of the dangers posed by excessive heat exposure.

The best way to prevent heat-related illnesses is by using common sense.

Wear lightweight clothing made from natural fibres that allow sweat evaporation; stay in an air-conditioned room if possible; drink plenty of water, and limit your time outside during peak hours.

Global warming is not just a problem for the environment. It also has serious consequences for the global economy.

There are two main ways in which climate change can impact the economy.

First, there are direct costs associated with adapting to the changes that are already taking place.

For example, the U.S. government has estimated that each year climate change will cause $100 billion in damages to property and crops due to extreme weather events like floods and droughts.

Second, there are indirect costs associated with the disruptions caused by extreme weather events, such as floods and droughts.

For example, a drought in the U.S. Midwest led to higher prices for corn and other crops.

This caused food prices to increase worldwide—which had knock-on effects on economies throughout the world.

Finally, there are costs associated with adapting to climate change.

For example, some coastal areas in the U.S. have started to plan for rising sea levels by building levees or moving inland.

What Can Be Done to Combat Global Warming?

Some steps can be taken to combat global warming, such as reducing the amount of energy we use, switching to renewable sources of energy like solar and wind power, and planting more trees.

Additionally, governments can pass laws to limit the number of greenhouse gases that can be emitted into the atmosphere.

By taking these steps, we can help to slow down the effects of global warming.

Reducing the amount of energy we use would help to combat global warming because it would reduce our carbon footprint and help us become more self-sufficient regarding energy resources.

How Our Carbon Footprint Affects the Future of Our Planet

This is important because if we rely heavily on other countries for our energy needs then they could cut off supplies for other reasons (like war or natural disasters) which would cause chaos throughout our country and possibly even worldwide.

This is because these types of energy are becoming more and more available all over the world which means that there will always be enough for everyone who needs it.

If we switch from fossil fuels like oil and coal, then this will help us cut down on pollution which is another thing that contributes toward climate change.

The Importance of Taking Action

By taking action now, we can limit the damage that global warming will cause and ensure a better future for generations to come.

Global warming is caused by an increase in greenhouse gases (GHGs) in the atmosphere.

GHGs like carbon dioxide, methane, and nitrous oxide trap heat from escaping into space, causing the Earth’s temperature to rise.

The average temperature of our planet has increased by over 1°.

And if left unchecked, scientists predict that it will continue to rise at an alarming rate.

The solution to this problem is clear: reducing our use of fossil fuels and other sources of GHGs like methane leaks from landfills.

Fortunately, there are many ways we can reduce our carbon footprint every day without having to make major lifestyle changes or buy expensive new products:

Drive less – one way we can reduce our carbon footprint is by driving less often or taking public transportation when possible.

Turn off lights when not needed – leaving lights on wastes electricity which leads to more CO2 emissions.

Global warming is something we can all work together on.

Whether you are an individual, business or government agency, everyone has a role to play in fighting this threat.

Acting against global warming is not just about reducing your carbon footprint; it’s also about helping others do the same.

By doing so, we can improve our collective understanding of how to address this issue effectively and efficiently.

The consequences of global warming are being felt around the world. There are changes to the weather and natural resources, but the most devastating effect is yet to come.

Global warming is a serious issue that is having a devastating effect on the planet.

The global community is facing several challenges, but none more pressing than the issue of global warming.

As we move toward the year 2050, it will be imperative that we take action to reduce our carbon footprint to minimise the effects of this global threat.