Are we seeing global average temperature rise as a direct result of human activity? Yes. How much have we raised the global average temperature over the last few centuries? The answer is “too much.” What will be some of the effects of rising global temperature, and climate change? You don’t have to research this too hard to find out — most people already know the answer — it’s our health, well-being, and way of life. If you think global warming is something that doesn’t affect you, think again. 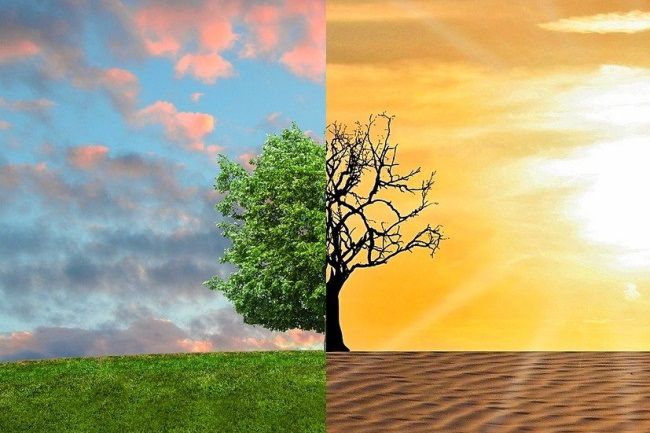 What Causes the Global Average Temperature to Rise?

The global average temperature is rising, but what causes this fluctuation? Along with the increase of the temperature due to greenhouse gases, the temperature varies due to changes in the Earth’s rotation and axis of rotation.

Many factors, including pollution, exhaust gasses and greenhouse gases, can cause the global average temperature to rise. This common knowledge is so widespread that climate change deniers have begun to use the term “global warming” as a pejorative against those concerned with its effects.

The Global Average Temperature Rises and Falls over Time

In the last 500 million years, for example, there were ice ages when polar regions had so much ice that the sea level was about 400 feet lower than it is today.

The most recent ice age ended about 12,000 years ago. Over short periods of time, there are many factors that can affect temperature, including changes in the sun’s energy output and volcanic activity.

However, over a long period of time — hundreds or thousands of years — only two factors have been identified as causes of long-term climate change: solar energy and greenhouse gas emissions.

There are many factors involved in the global average surface temperature rising. Here are a few:

What an Average Temperature Is?

It’s the average temperature when you take the highest and the lowest temperature on any given day of the year.

Global average surface temperature refers to the near-surface air temperature over the land and ocean; it is the basis of comparison between each year.

The past three decades were the warmest of the last two millennia. Extremes occurred more often and in more regions across our planet.

How Is the Temperature Measured?

The global average temperature is calculated from thousands of weather observations from meteorological stations around the world. The data are collected by almost 200 countries and territories, including Australia.

The observations are quality controlled by national and regional climate offices, who compare them to ensure they are consistent with international standards.

This is where readings near cities may be warmer than those in rural areas because of the heat generated by buildings and vehicles. These methods have been used to measure global temperatures since 1880.

Before this time, we used data from tree rings (dendrochronology) and cave deposits to reconstruct past climates.

Quarterly and five-year averages smooth out fluctuations that occur from year to year, giving a more exact indication of long-term climate trends than annual averages can provide.

The global five-year temperature is a running five-year average of near-surface temperatures over land and sea areas.

Greenhouse gas concentrations have increased substantially since the 1800s, primarily from fossil fuel combustion and deforestation.

Most of this increase has occurred since the 1960s. Global average carbon dioxide concentration is higher now than at any time in the last 650,000 years.

Climate scientists expect the global average temperature to rise between 1.5° and 6.0° Fahrenheit by 2100.

But no matter what happens, Earth will continue to experience seasons. That’s because our planet is tilted on its axis so that one hemisphere is tilted toward the sun for six months at a time, while at the same time it is moving around the sun.

Climate change is happening. Nearly all the world’s leading climate scientists agree that human activities, the emission of greenhouse gases like carbon dioxide into the atmosphere, are driving climate change.

Ways to Reduce the Effects of Global Warming

Global warming is a gradual increase in the average temperature of the Earth’s climate system caused by the emission of greenhouse gases, such as carbon dioxide.

The term global warming is also used to refer to the observed temperatures. It is also now becoming more apparent that our oceans are heating up.

Plankton are affected by carbon dioxide, which lowers their ability to fight against disease and predators.

Plants that thrive in cold waters will die off as temperature increases; thus, causing a food chain reaction.

Our earth is a fragile, living organism that is constantly changing and adapting to its surroundings. All living things on earth exist in a delicate balance called homeostasis that supports an environment with air of the proper temperature, soil of the proper chemical composition, and water of the proper quantity.

This balance has been kept since before recorded time. Today, however, many changes in our atmosphere have occurred due to man-made forces and natural forces.

These changes have led to a considerable increase in the heat-trapping gases emitted into the atmosphere by cars and factories, as well as through sunlight absorbed by those gases.

Although global warming is a very long-term problem, it is important to reduce the effects of this problem where we live and try our best to support the balance in nature.

It is necessary for us to start taking a stand against global warming and use methods that won’t cause any damage to our surroundings.

With global warming now a real threat, the only thing you can really do is try to slow it down by making small changes to your life.

No matter how much we wish it weren’t true, as individuals, we can’t stop global warming. But each of us can make changes to have a positive impact on our planet’s climate.

Scientists believe that the average global temperature has risen by 2° Fahrenheit since 1880. Global warming is defined as a gradual increase in the average temperature of the Earth’s climate system caused by greenhouse gas emissions such as carbon dioxide. Greenhouse gas concentrations have risen significantly since the 1800s as a result of fossil fuel combustion and deforestation. The biosphere is being affected by global warming in a variety of ways.

One way to mitigate this effect is to reduce your energy consumption and use green energy. We cannot stop global warming as individuals, but we can make small changes in our lives that will have a positive impact.

The global average temperature is increasing. This increase is the result of the natural effects of human-induced increases in greenhouse gases.

Advertisement
Planet Earth
Advertisement
We use cookies on our website to give you the most relevant experience by remembering your preferences and repeat visits. By clicking “Accept”, you consent to the use of ALL the cookies.
Do not sell my personal information.
Cookie SettingsAccept
Manage consent