Global Air Pollution And Its Effects On Your Health

Pollutants are substances introduced into the air, water, or land that harm human health or ecosystems. Pollutants can cause a variety of health problems including cancer, asthma attacks and even death. It seems to me that in our present world, we have sacrificed much for the sake of progress. We’ve polluted our land, water, skies, and even ourselves to achieve higher living standards and more comfortable life. But what is the cost of convenience? 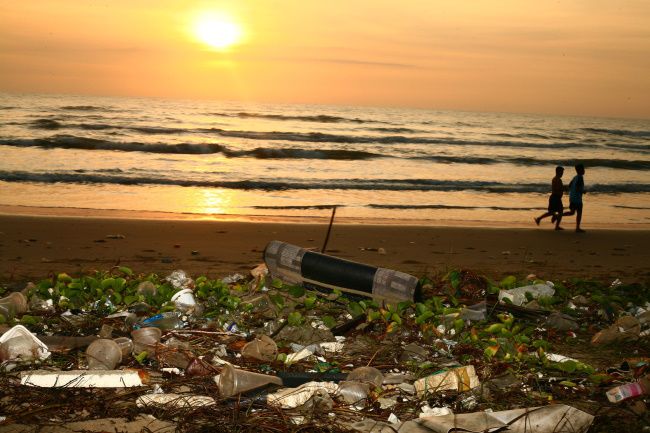 Air pollution has numerous negative effects on human health, from causing respiratory problems to increasing the risk of lung cancer. Air pollution can also worsen pre-existing conditions like asthma and heart disease, especially among the elderly and children. It is estimated that air pollution results in 7 million premature deaths worldwide per year.

Air pollution has serious consequences for the environment, contributing to acid rain and smog formation, as well as harming vegetation by depositing toxic chemicals onto growing plants. This can cause forest death or loss of biodiversity within an ecosystem due to a lack of available food sources for animals.

Air pollutants have a large impact on our economy as well; studies show that air pollution is expensive to society because it results in health expenditures and reduced worker productivity. It also takes a toll on our future; air pollution has been shown to harm children’s brain development, which could ultimately impact their potential later in life. Future generations will be at risk of significant health problems if action is not taken against global air pollution now—the time to act is now!

The effects of air pollution are far-reaching. The World Health Organisation estimates that each year at least 4.2 million people die because of exposure to outdoor air pollution. A recent study found that women exposed to higher levels of air pollution were more likely to develop the deadlier forms of breast cancer.

Indoor air pollution takes the form of a variety of things, including mould, paint fumes, aerosol sprays, toilet odours, and even that candle you bought when you found out it was mellow mango-scented instead of a wintery wonderland.

Not taking these measures can lead to serious health concerns such as dizziness, nausea, headache, fatigue, or tiredness (which may be caused by difficulty breathing), respiratory illnesses such as asthma attacks or exacerbation of asthma symptoms (especially if someone already has a history of having asthma), eye irritation, upper respiratory tract irritation and inflammation which could lead to chronic coughs or colds that are difficult to shake off. To make matters worse, these health problems can also become chronic if people don’t seek treatment for them—so do your best not to let that happen!

There are a few things you can do to protect yourself from the harmful effects of air pollution.

First, if you have a heating, ventilation, and air conditioning (HVAC) system, make sure it’s maintained according to the manufacturer’s instructions.

Second, if your home has a chimney or a fireplace, be sure that it’s properly vented to the outside of your home and that you have an inspection performed annually.

Lastly, if you have a gas stove in your kitchen or other enclosed space, be sure that it’s properly vented so that carbon monoxide doesn’t build up in the room. If you follow these simple steps, then you’ll be able to stay healthy while reducing your exposure to toxic pollutants!

The effects of air pollution on human health vary based on age, gender, and overall health. For example, air pollution could be linked to premature death, heart disease, and lung cancer.

As stated by the U.S. Environmental Protection Agency (EPA) “Air pollution is a significant risk factor for cardiovascular disease and lung cancer”, meaning that it can increase the risk of developing these diseases in people who are exposed to it over a long period.

Here’s how this works: when you breathe in polluted air particles, they can cause inflammation in your lungs and may promote plaque formation in your arteries in the long term. This can damage your heart or lungs and lead to several diseases down the line.

Research has shown that pollution from traffic may be linked to cardiovascular events like heart attacks and strokes — so if you live near a busy street or highway, getting away from it could help improve your heart health.

I feel that everyone should be aware of the impact pollution has on our environment and health. It’s something we can control, so we need to make sure that we act.

Pollutants will be a serious issue in the coming decades, and steps should be implemented to limit the damage that is done. In addition, we must also look for other viable alternatives for energy, as well as combat global warming more effectively.