Will The Earths Changing Climate Affect Your Life?

The reality of Planet Earth’s changing climate is becoming harder to deny with each passing year. The effects of global warming are becoming more obvious and widespread than ever before. Even in areas where the dangers of climate change are plainly apparent, the debate about what should be done about it continues to rage on. 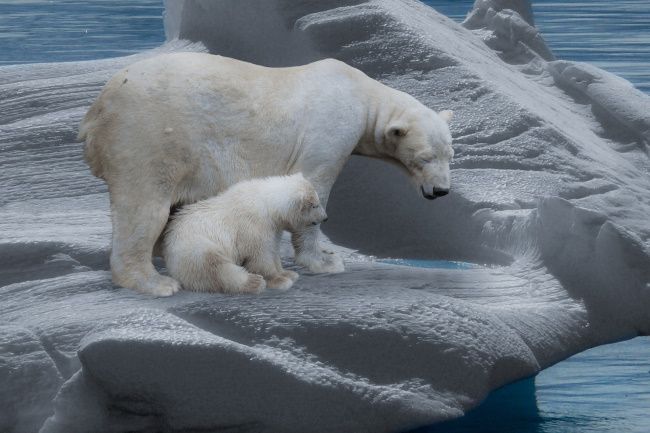 Earths Changing Climate Has Consequences For Us All

The world is getting warmer, whatever the cause. There is no serious dispute about this fact among those who study the climate scientifically.

A few decades ago, scientists predicted that the earth would start warming significantly because of human-created emissions of carbon dioxide and other greenhouse gases. They have been proved right.

The consequences of a warming planet are being felt across the globe. Winters are shorter and milder, while summers are longer and hotter. Seas are rising as glaciers melt and oceans warm and expand. More intense rainstorms are eroding soil, damaging crops, and causing floods in some areas even as drought destroys crops in others.

We have been seeing a lot more natural disasters in the past few decades. From hurricanes to forest fires and floods. The question many of us have is whether global warming is the reason behind these changes.

In addition to increasing the number and severity of natural disasters, global warming is also changing weather patterns. This means that you could experience extreme variations in temperature within a short time, which can have numerous negative effects on your health. It’s also causing the oceans to rise, threatening coastal communities. Global warming has led to more frequent and intense heatwaves, as well as flooding. It can even make hurricanes more destructive!

The Food Supply Will Be At Risk

One of the most visible changes will be in our food supply. If a farmer has to choose where to grow his or her crops, a warmer climate might seem like an ideal place because the temperature is warmer but think about it; while it may be warm enough to grow corn, conditions like strong winds, lack of water and hot blazing sunlight just might prohibit growth.

Food crops rely heavily on favourable weather conditions to thrive. Changes in the climate could make it more difficult for farmers to keep up with the world’s food demand. In addition, temperature changes could affect insects that are necessary for pollination, and these insects may also spread disease to humans and other animals.

Planet-Warming Greenhouse Gases Could Affect Us In Other Ways

So, climate change is going to affect you in other ways – including your mental health. How do we know? Well, psychologists have been studying people’s responses to stress and trauma for a long time. And one thing that is clear from their research is that many people experience significant psychological distress after experiencing disasters like wildfires or hurricanes.

Climate change could make these kinds of events more common, so it makes sense to conclude that global warming will also take an emotional toll on many of us. And since we can’t see these impacts the way we can see the effects of rising sea levels or shrinking glaciers, they may not get as much attention as some other aspects of climate change. But they’re real – and important.

The Threat Of Climate Change Is Real And The Consequences Are Serious, But There’s Still Time To Do Something About It

First, it’s important to remember that the threat of climate change is real. According to the National Oceanic and Atmospheric Administration (NOAA), about 90 per cent of global warming is a result of human activity — especially the burning of fossil fuels such as coal and natural gas. The consequences are serious: rising sea levels, more intense droughts, wildfires, flooding, and extreme weather events. However, there’s still time to do something about it.

The problem is complex. With nearly 8 billion people on the planet and growing exponentially, it seems almost impossible to reduce carbon emissions sufficiently to prevent further rises in global temperatures when so many people need electricity for heat and light; homes for shelter; cars for transportation; food for nourishment; and more.

However, there are solutions! Some possible solutions include:

What’s your part? There are several things you can do to help mitigate climate change:

Each person doing their part has an impact – if we all work together, we can make a difference!

You May Be Able To Help By Choosing To Eat Less Meat, Conserving Energy And Recycling

There are many things that you can do to help stop global warming. By choosing to eat less meat, using less energy, and recycling you will be able to help reduce the number of emissions that get released into the atmosphere.

By choosing to eat less meat, you will be able to lower the number of methane emissions. Livestock is responsible for 20% to 25% of all methane emissions in the world today, according to UN FAO (The United Nations Food and Agriculture Organisation). This is a huge amount and if everyone simply ate less meat it would greatly reduce this number. Methane is one of the worst greenhouse gases because it causes so much damage so quickly, it has a global warming potential 86 times higher than CO2 over 20 years!

Reducing our consumption of meat would also have another benefit for the environment; we would not need as much land for farming purposes if we did not have such high demand for animals and animal products. This could lead to more trees being planted or land being used for other purposes such as conservation areas or urban areas rather than farming uses. Less livestock production could also mean that there will be fewer animals living in poor conditions waiting just to be killed which is cruel!

By conserving energy, you will also be able to reduce your carbon footprint and make a difference in combating climate change. One way you can use less energy is by changing light bulbs: replacing your regular incandescent lightbulbs with compact fluorescent lights bulbs (CFLs) or LEDs (light-emitting diodes). CFLs use up 70% less energy than incandescent bulbs while giving off 90% more light! LEDs are even better at using up only 10% of an incandescent bulb’s energy while giving off 80 per cent more light! If everyone changed their regular light bulbs into CFLs or LEDs, then we could save about 400 million tons of CO2 per year worldwide which is pretty cool if I do say so myself!

By Being Aware Of The Ways Climate Change Might Affect You, You Will Be Better Prepared When They Do

The best way to prepare for the challenges of climate change is to be aware of them. If you keep up with the latest research into how climate change is likely to affect your surroundings, you will be better equipped to respond when these effects begin to show up.

In addition, there are many things that you can do in your day-to-day life that can help minimise the impact of climate change on our planet and your life. Reducing your use of water and electricity and recycling more are just a couple ways that you can help tackle this problem. And if all else fails, vote for politicians who support climate change legislation!

Climate change is a nebulous, mind-boggling concept. Without context, it can be hard to really understand how it will affect your life. But there are some distinct details we should all keep in mind: climate change affects every single one of us and our lives are not isolated from the rest of the world – climate change is here, whether we want it or not, and it’s time we start accepting that. 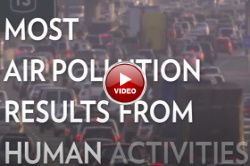