The Facts about Deforestation Effects on the Environment

Probably the single biggest threat to the environment is deforestation. We lose millions of trees each day due to the destruction of rainforests. When trees are cut down, it has a devastating effect on the planet. Deforestation effects on the environment are many and varied, but there are ways we can reverse this trend and save as many trees as possible.

1. What Is Deforestation?
2. What Can Be Done to Prevent It?
3. Trees Are a Natural Barrier Against Climate Change
4. Deforestation Affects Animals in the Rainforest
5. We Need Healthy Forests to Remain Balanced
6. Trees Are the Lungs of Our Planet 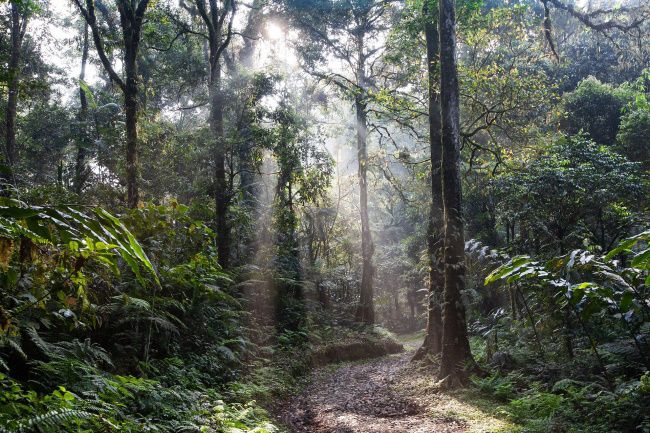 The impacts of deforestation on the environment are well known. It can increase the risk of flooding and landslides, destroy biodiversity, and deplete reservoirs. But there’s another important effect that isn’t as widely known.

Deforestation can lead to regional warming. Trees are an important part of the climate system, removing carbon dioxide from the atmosphere in the process.

This removes heat from the atmosphere, which is why tree cover is associated with lower temperatures (think about how much cooler a forested landscape feels compared to one without trees).

The two most common reasons for deforestation are to clear land for agriculture and to make way for development.

Regional warming occurs when land that used to be covered by trees is converted to farmland or other non-forest uses, such as urban development.

The resulting open areas absorb sunlight more than forests do, leading to a warmer climate with less precipitation and evaporation.

The biggest problem with deforestation is that it destroys the ecosystem, which impacts the livelihoods of many people.

The best way to combat deforestation is to reduce demand for products that come from deforested areas, such as beef and palm oil. You can also help by buying recycled paper and avoiding disposable plastic.

What Can Be Done to Prevent It?

The Earth’s forests are integral to a healthy environment but they’re being depleted at an alarming rate.

Around 30% of the planet’s land surface is considered forested. However, through deforestation, we are losing this natural resource at an alarming rate.

Deforestation is a problem that affects everyone, wherever you live. Deforestation has several causes, some of which are obvious, while others are less so.

Why Should We Care about Deforestation?

The forests on this planet have been destroyed at a rate faster than the time it takes some species to reproduce. If we don’t do something fast, many species could become extinct. Luckily, if people were to stop cutting down forests or burn trees for energy, that could begin to help solve the problem.

Birds and other wildlife are affected by deforestation. Which not only results in the loss of natural habitats but also the loss of food sources for animals and birds.

When trees die or are cut down to make way for new development, animals living in the forest lose food sources. Once trees are gone, animals have nowhere to go for protection from predators.

Deforestation also leads to soil erosion as trees fall into rivers and streams, damaging the ecosystem and destroying vital habitat for fish and other aquatic life.

This can result in polluted water during rainy season when rains wash soil into rivers and streams. The polluted water may also contain pollutants such as mercury that pose health risks to humans and animals alike. Can you help:

Trees Are a Natural Barrier against Climate Change

Natural barriers like trees, mountains and coral reefs can slow, stop or reverse climate change. They are also important for ecosystem services such as water filtration, carbon sequestration and production of oxygen.

Climate change is a huge threat to the future of our planet, but it’s also an opportunity. By planting trees, you can help slow down climate change and improve the health of forests.

Trees absorb carbon dioxide, one of the main greenhouse gases that cause global warming. By planting trees, you can help reduce the emissions that contribute to climate change.

We’re all aware of the devastating effects of climate change. It’s clear to everyone that drastic reductions in greenhouse gas emissions are needed to slow the effects and prevent further damage. Yet, there’s a lot more we can do to protect our environment.

In addition to their environmental effects, trees are an important economic resource. They provide habitats for both wildlife and humans, and they form vital networks of transportation, energy production, food production and wood products.

Urban trees are a vital part of our carbon-saving efforts. They absorb carbon dioxide from the atmosphere, which is a major cause of climate change. Trees are also good for allergies and asthma sufferers, because they block pollen and other airborne particles.

Urban trees can be an important part of your city’s sustainability plan, but they need attention to stay healthy and thrive.

Deforestation Affects Animals in the Rainforest

You probably know that deforestation leads to a variety of problems. From disappearing rainforests and the loss of habitat for many species to significant climate change.

But did you know that deforestation negatively impacts animals and plants?

In fact, the destruction of tropical rainforests is causing several problems for animals that live in them. Rainforest animals are losing their homes, which means they can no longer survive.

This is true even for animals that you may consider “endangered.” Tropical rainforest habitats are being destroyed at a far greater rate than they can be created. This has resulted in simply not enough forests left to support all the animals that call them home.

Tropical rainforest habitats used to provide food and shelter for animals across many species. Now these habitat areas are becoming increasingly fragmented due to human activity.

Some have been destroyed. And others are being altered or diminished in size so much that they’re barely habitable anymore.

In many cases, there simply aren’t enough of these habitats remaining for all the creatures that once lived there. As habitats disappear, so do the animals living within them.

As the world’s population continues to increase and more people move in search of a better life, it’s becoming increasingly difficult to sustain the planet’s resources.

The tropical rainforest is one of the last great habitats on earth, and if we lose it, we’ll lose valuable animal life and habitat.

The loss of our forests is a major environmental concern. We need to ensure that we have healthy forests to remain balanced.

There are three key areas in which clear cutting, forest fires and tree diseases have caused severe damage to our forests:

First, clear cutting is one of the main causes of deforestation. Trees are being cut at an alarming rate across the world.

As more trees are cut, less carbon dioxide is removed from the air and less oxygen is released back into the air. This can lead to global warming and long-term climatic changes.

Second, forest fires damage thousands of acres of forest every year. The loss of trees produces a domino effect on all aspects of forest life.

Third, tree diseases destroy thousands of acres of trees each year as well. Some diseases are caused by bacteria or fungi that exist in the soil and attack trees through their roots.

To ensure that our forests remain healthy, we need to practice good forestry principles. At the heart of good forestry is balance.

A balanced forest will continue to provide jobs, clean water, and wildlife habitat for years to come.

Trees Are the Lungs of Our Planet

Trees create energy, clean the soil and water, provide habitats for hundreds of species, and create a feeling of peace and wellbeing. They have been providing these benefits to humans since the dawn of time.

Just as our own breathing slows during sleep, trees breathe more slowly at night and more quickly during the day, replenishing oxygen in the atmosphere.

Not only do trees produce oxygen, but they also act as natural filters for carbon dioxide. Trees absorb carbon dioxide from the atmosphere through their leaves and then store it in their trunks and branches.

This process helps to purify the air we breathe by removing harmful pollutants. Trees not only improve air quality, but they also help to reduce noise pollution by serving as a buffer between urban areas and high traffic roads.

The importance of trees cannot be understated in the fight against climate change.

Trees play a vital role in absorbing carbon dioxide from our atmosphere and mitigating global warming. In fact, forests contain almost three-quarters of all terrestrial carbon – even more than what is stored in our oceans!

As such, there is an urgent need to protect our remaining forests and plant more trees.

Tree canopy cover is under threat from urban expansion and deforestation, with the felling of trees being a major contributor to climate change. To combat this loss of trees, we need to think beyond planting urban forests and preserve existing woodlands.

By encouraging individuals and communities to think about trees in the same way that we do our health. Then perhaps the positive impact of trees will be better appreciated. And hopefully people will begin to value and protect them from further destruction.

Learn about deforestation effects on the environment, how it’s linked with global warming and climate change and is destroying our ecosystem.

We use cookies on our website to give you the most relevant experience by remembering your preferences and repeat visits. By clicking “Accept”, you consent to the use of ALL the cookies.
Do not sell my personal information.
Cookie SettingsAccept
Manage consent