How Deforestation Is Affecting The Human Population

In the past few years, the world has been talking about deforestation, and rightly so. Many people have been working hard to prevent it from happening or at least reduce it. But there is still work to be done. Deforestation is, without a doubt, one of the greatest dangers to Planet Earth’s population. But I am sure you are asking yourself: “What is deforestation and what kind of impact does it have on our planet?” 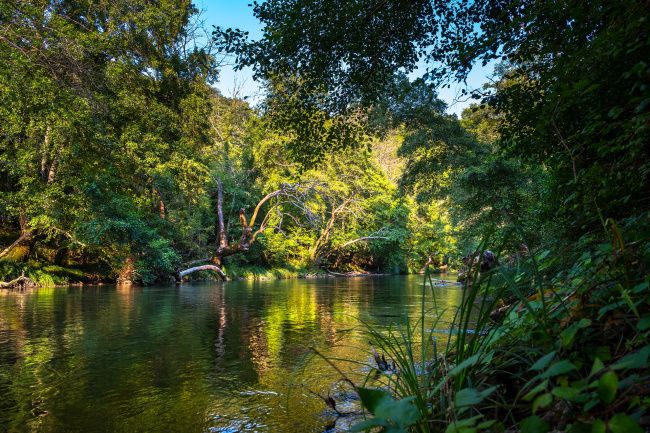 How Does Deforestation Affect The Human Population?

Deforestation is not a new concept. It’s been practised by nearly every culture at one point or another. But what happens when the forest is cut down? That’s a surprisingly complicated question with a lot of underlying factors.

The most recognisable factor is the loss of trees, plants, and wildlife. But how do those things affect humans? And how are we tied so closely to nature?

Deforestation has a lot of different effects — and they’re all bad.

Air Quality: Trees consume carbon dioxide in the air and release oxygen, which we need to survive. Deforestation means less oxygen for us to breathe.

Carbon Dioxide: Carbon dioxide is taken in by trees and released as oxygen. Deforestation means more carbon dioxide in the air, which warms the planet. That leads to climate change, which can cause droughts or heavy rains that kill crops.

Water Cycle: Healthy trees absorb water from the soil. When rain falls during dry periods, that moisture is released back into the atmosphere through transpiration (evaporation from leaves). Without forests to replenish water levels, drought can become a problem.

Soil Erosion: Roots bind the soil together and keep nutrients in place. Without them, soil loses its structure and erodes away. This drops productivity levels of farmland.

Many medicinal drugs are derived from plants and trees. Many of these are found in rainforests and other forest areas around the world. Medicines for cancer, malaria, glaucoma, cholesterol and Alzheimer’s disease are just a few that have been developed from plants found in forests.

How Do We Combat The Effects Of Deforestation?

Forests are home to tens of thousands of species that we share the planet with. In addition, trees absorb carbon dioxide from the atmosphere which helps reduce global warming.

Humans play some part in the destruction of forests but natural events, such as increased temperatures and wildfires, also contribute. Reducing deforestation is a much-needed solution to help combat rising global temperatures.

Deforestation is contributing to climate change. It’s believed that it accounts for 15% of all global carbon emissions. That’s more than the entire global transportation sector. And yet it’s often overlooked in the fight against global warming.

We can’t afford to forget about it. Deforestation is a large and growing source of greenhouse gas emissions, the primary cause of climate change. If we don’t take strong action to curb deforestation, the impacts of climate change will become increasingly severe, threatening our health, security, and quality of life.

While governments and communities are working to reduce deforestation, there are simple ways you can make a difference too.

You can help reduce deforestation by choosing products made from recycled or sustainably grown materials (like bamboo). By knowing which companies use sustainable practices, you can make conscious buying choices that will help protect our forests.

But the rainforest is also home to millions of Indigenous people. The forest’s diverse native inhabitants have developed a unique way of life that has remained largely unchanged for thousands of years. They rely on the Amazon for everything from food and clothing to shelter and medicine and have long been guardians of the region’s flora and fauna.

It’s not just the wildlife that makes the rainforest so important, but also its biodiversity. The number of species living in the Amazon is staggering and like many habitats, is being threatened by deforestation, agriculture, and climate change.

Despite being one of the richest areas for biodiversity on Earth, scientists estimate that up to a quarter of all species living in the Amazon may become extinct within the next 40 years.

When it comes to climate change we don’t often think of volcanoes. There is evidence to suggest that our planet’s history has been shaped by the eruptions of giant volcanoes…read more

Diversity is the name of the game in the Amazon Rainforest. It’s not just a home to jaguars, anacondas, and poison dart frogs, but also one of the richest areas for plant life and insect species on Planet Earth. In fact, about 10% of all known species in the world can be found in this biome!

The Amazon River winds through 6,400km (4,000 miles) of rainforest in South America before emptying into the Atlantic Ocean. The river covers an area roughly equal to that of Western Europe and is so wide that it resembles a sea rather than a river in places. Scientists believe that there may be up to 40,000 different fish species in its waters; many of them are brightly coloured and some are deadly poisonous.

A staggering 10% of the world’s known species (about 2.5 million) are found in the Amazon, most of which have yet to be classified. The rainforest’s biodiversity is integral to its ability to thrive, and in turn, the Amazon supplies a large percentage of the world’s oxygen by absorbing carbon dioxide.

One of the biggest contributors to climate change is the loss of forests. This has several negative effects, from the destruction of natural habitats to releasing carbon into the atmosphere.

However, there is hope that we may be able to reverse some of this damage by reforestation — planting trees to replace those that were felled. A new study by researchers at Princeton University has shown that reforesting could increase the amount of carbon sequestration in the atmosphere by up to 30%.

Carbon sequestration is the process by which plants and trees remove carbon dioxide from the air and store it as carbon in their bodies. The process helps remove CO2 from our atmosphere, which can help slow down climate change.

One concern about reforestation was whether these newly planted young trees would have enough time to grow fast enough and absorb enough CO2 to make an impact on climate change before they were destroyed again.

The research team used computer models to simulate the growth of trees over a long period and found that if reforestation occurred at a rate faster than deforestation, then it would increase carbon sequestration. As such, if we could stop deforestation and start planting trees quickly, this could help remove CO2 from our atmosphere.

This might sound out there for some people, but I believe that climate change is directly linked to the decrease in our forests. Trees have always been a stable part of the earth’s ecosystems. They were here before humans, and we rely on them for oxygen to breathe. But climate change has been slowly killing off the forests that are needed to survive by causing droughts.

Some people might think that climate change is just a myth and that it’s all over the news to cause panic. But the rate at which our forests are dying is alarming and something has to be done to stop it.

Droughts are a natural part of weather cycles, but they are becoming increasingly common in areas that have never experienced them before. This is due in part to a warming planet. As temperatures rise, so does the amount of water evaporating from the soil into the atmosphere. When there’s no rain for an extended period, trees can’t get enough water to survive.

What can be challenging is figuring out how climate change is affecting the ice, and whether this effect is new or natural…read more

Many parts of the world are experiencing severe droughts right now and it’s only getting worse. I believe that climate change is directly linked with deforestation because trees provide oxygen for us humans as well as habitat for animals such as koalas who would die without their leafy homes.

In recent years, climate change has also had a huge impact on forests, causing droughts and making trees more susceptible to disease and infestation.

The loss of forests is destroying our ecosystems and the habitats that many animals depend on for survival. The destruction of our forests also contributes to climate change because trees absorb carbon dioxide from the atmosphere.

We Must Find Renewable, Alternative Ways To Meet Our Resource Needs

Humanity is constantly putting pressure on planet earth to meet the resources needs. We burn massive amounts of fossil fuels and clearcut forests to meet our ever-growing demand for resources such as paper and fuel. This is a disaster because it is causing both global warming and deforestation.

The more we continue to live in this way, the faster we will deplete the Earth’s natural resources as well as pollute our planet at an alarming rate. Thankfully, some sustainable solutions can help mitigate these problems.

For instance, sustainable resources provide an environmentally friendly alternative to conventional materials such as paper or plastic bags used for shopping. They also help to reduce greenhouse gas emissions which contribute to climate change by providing a more efficient way of producing goods from renewable sources such as wood pulp rather than fossil fuels like coal or oil.

Sustainable resources are any material that can be replaced at a rate equal to or greater than it’s consumed without causing any long-term damage to an ecosystem. It includes things like renewable energy sources (i.e., solar power), organic foods grown without synthetic pesticides or fertilisers, recycling programs that reuse old products instead of throwing them away and so much more!

The natural world is becoming more and more scarce, and the process of deforestation is continuing to increase as the population increases. We must find renewable alternatives to meet our resource needs while protecting biodiversity, guarding against climate change, and continuing to ensure a high quality of life for everyone on Planet Earth. 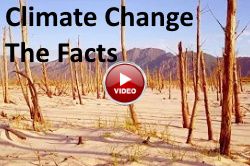