By Burning Fossil Fuels the Way We Are, a Future Planet for People Just Isn't Possible

Humans are the primary producer of carbon dioxide emissions, one greenhouse gas that contributes to global warming. Carbon dioxide levels in our atmosphere are growing, raising the Earth’s temperature and threatening global climate disruption. The environmental consequences of coal-fired electricity generation are visible everywhere. 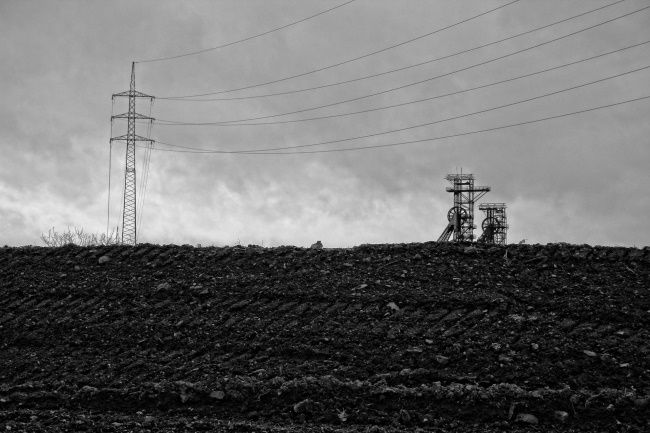 In addition to the effects of combustion, the collection, handling, and allocation of fossil fuels have environmental consequences.

Pollution Is Just One Environmental Issue

Fossil fuels for energy have exacted a massive toll on society and the environment, ranging from water and air pollution to global warming.

Scientists have discovered a correlation between widespread air pollution caused by the combustion of fossil fuels and occurrences of respiratory and heart diseases, and even blindness.

However, coal is the world’s dirtiest fuel. It not only releases the most carbon dioxide per unit of energy, but it also has serious health consequences due to air pollution.

As scientists have learned about the harm that fossil fuels are causing through climate change, and pollution we now know that the sooner we can stop using them, the better.

What Is a Cottage Garden

There are no fixed rules, just pack as much colour, scent and taste as possible into the yard. Although it can be a fine line between controlled chaos and confusion, you will find many different plant species in a cottage garden…read more

We Need to Control the Use of Fossil Fuels

The pollution from fossil fuels is attributed to one in every five premature deaths worldwide. Implying that the health consequences of burning coal, oil, and natural gas are significantly worse than previously assumed.

Renewable sources for energy, including wind, solar, geothermal, and hydropower, are abundant and do not pollute the environment.

Where Do Greenhouse Gases Come From?

Little attention is being paid to the looming health consequences of rising greenhouse gases. Actions to reduce GHG emissions can be challenging to sell to sceptics.

Even when all energy sources’ carbon emissions are included, coal and oil clearly have more significant greenhouse gas emissions.

The long-term implications of dumping greenhouse gas emissions and many other pollutants into the atmosphere are severe. Still, there are also immediate consequences that disproportionately affect the world’s poorest people.

There's a Big Need for a Clean Energy Future

When we burn oil and coal, we meet our energy demands and contribute to the present global warming catastrophe. Global warming is adding to ice sheet melts, rising sea levels around the world.

Coal and oil combustion have substantial and long-term harmful effects on human health, communities and ecosystems, and the global climate.

We are amplifying the planet’s natural greenhouse effect and increasing the rate of global warming by increasing the extent of GHG in the atmosphere.

Why Is It So Wrong to Use Fossil Fuels?

The volume of carbon dioxide (CO2) emitted when ‘burning fossil fuels’ is the primary reason fossil fuels inflict so much damage. This CO2 combustion and release is a significant contributor to the GHG effect and climate change. Burning fossil fuels can also result in air pollution and haze.

Continued global temperature rises will harm both people and ecosystems. This is possibly the biggest threat to human health in the twenty-first century is climate change.

The possibility to save millions of lives should be a significant extra motivation for policymakers to reduce greenhouse gas emissions and accelerate the worldwide transition to greener energy.

What Is Gardening and Landscaping

Landscaping is a more professional style of gardening in its purpose and may include ponds, sculptures or topiaries. When planning your garden design, you need to take several factors into account and calculate the costs of garden renovation…read more

We Are the Causes of Climate Change

According to studies, climate change affects populations differently, with minorities and marginalised groups bearing the brunt of the burden.

Despite climate scientists’ urgent warnings, billions of dollars in investment continue to flow to dirty energy businesses. Suppose the appropriate policies are put in place. In that case, we will be able to make significant progress toward a sustainable energy future.

Throughout history, human energy consumption has shifted toward more concentrated, handy, and adaptable kinds of energy.

Alternative energy sources such as wind and solar are no more disruptive than farming or construction and produce no harmful by-products.

Your Health and Burning Fossil Fuels

The combustion of oil and coal emits fumes and microscopic particles harmful to human health, causing respiratory ailments such as asthma, cardiovascular disease, cancer, and others.

Coal-burning emits many air pollutants that are hazardous to human and environmental health, including nitrogen oxides, sulphur dioxide, mercury, and particle matter.

All these missed workdays, hospital visits, and fatalities not only inflict pain but also harm our economy, raise insurance premiums, and add to an unsustainable rise in healthcare expenses.

Suppose we want a healthy planet for our children and their children. In that case, we must invest in innovative clean, renewable, and safe technology.

The discovery, extraction, processing, transportation, and burning of coal and the vast amount of air and water pollutants produced pose health and environmental risks.

Get Your Garden Ready for Planting

Toxins generated by coal-burning have been directly related to heart disease, strokes, cancer, and respiratory ailments, among the leading causes of death.

Fossil fuels are a non-renewable resource, but they contribute to climate change and harm the environment. Several renewable energy initiatives have been launched to reduce the world’s reliance on fossil fuels.

Clearly, moving to renewable, clean energy sources has the potential to reduce pollution-related illness and mortality.

Time We Invested in a Clean Energy Future 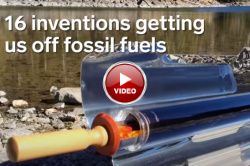 Although fossil fuels offer many advantages. Such as making homes more comfortable, making transportation more accessible, and helping many nations to establish an advanced industrial economy, they also have numerous negative environmental consequences.

Scientists worldwide are working to solve the problem of ‘burning fossil fuels’ so that there will be a healthy environment and enough fuel to sustain human existence and activities in the future.

They are also making significant progress in building the technologies we need to move toward a low-carbon future as they get a better grasp of the climate crisis.

When we use fossil fuels, they emit carbon dioxide and other greenhouse gases into the atmosphere. This traps heat, becoming the principal contributor to global warming and climate change.

Understanding these effects is crucial for determining the actual cost of fossil fuels and directing our future energy production decisions.

How to Compost at Home

Various organic matter, such as grass cuttings, leaves, garden waste, plant trimmings, and newspapers, are all compostable in either a compost heap or worm bin…read more

Indeed, Cleaner Air Has a Value

Imagine a world where people who live in cities don’t have to worry about pollution when they walk outside. Since ‘burning fossil fuels’ can ruin the ecosystem in ways we can’t see.

Energy from fossil fuels has exacted a significant toll on society and the environment, from water and air pollution to global warming. The predicted health repercussions of rising greenhouse gas levels have received little attention. Renewable energy sources, such as wind, solar, and geothermal, do not contaminate the environment. Despite the dire warnings of climate scientists, billions of dollars of investment continue to pour into polluting energy industries. Wind and solar energy sources are no more disruptive than farming or building.

Promoting domestic renewable energy sources would generate green jobs, safeguard public health, and lessen reliance on volatile foreign regimes. Even though fossil fuels are a non – renewable resource, they contribute to climate change and hurt the ecosystem. Coal-burning toxins have been linked to heart disease, strokes, cancer, and respiratory disorders. To minimise the world’s reliance on fossil fuels, several renewable energy programmes have been established.

Over the last century, ‘burning fossil fuels’ such as coal and oil have boosted the concentration of carbon dioxide in the atmosphere, hence increasing the greenhouse gas impact.

Advertisement
Planet Earth
Advertisement
We use cookies on our website to give you the most relevant experience by remembering your preferences and repeat visits. By clicking “Accept”, you consent to the use of ALL the cookies.
Do not sell my personal information.
Cookie SettingsAccept
Manage consent