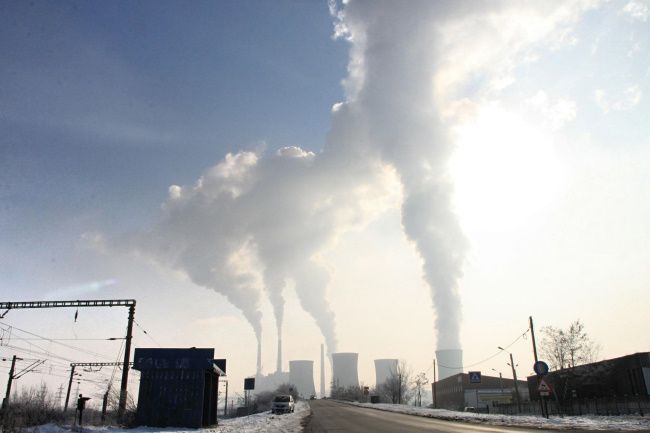 Carbon Emissions Are A Primary Contributor To Climate Change

One of the most abundant elements on Planet Earth is carbon. It’s also a very useful element. It can form compounds with other elements, like oxygen and hydrogen. Making it possible for living things like plants and animals to exist.

The most abundant greenhouse gas is carbon dioxide, but others include methane, water vapour, and nitrous oxide.

The term “greenhouse effect” refers to the process by which certain gases in Earth’s atmosphere trap heat from the sun and allow it to be released into space much more slowly than if those gases weren’t there at all.

These gases have a warming effect on our planet because they absorb some of the infrared radiation emitted by Earth’s surface. Without them, more of this radiation would escape into space, causing our planet to be colder than it already is.

Greenhouse gases are naturally present in our atmosphere. Their levels fluctuate depending on natural processes. These include volcanic eruptions and biological activity on land and in oceans.

Do Other Things Besides Burning Fossil Fuels Emit Greenhouse Gases?

You’ve probably heard that fossil fuels are the primary cause of greenhouse gases but what you may not realise is that they’re not the only ones. Even the very environmentally friendly could still be unintentionally emitting greenhouse gasses without knowing it.

Fossil fuels are the main source of greenhouse gases because they release carbon dioxide when burned. This gas is released into the atmosphere, where it traps heat and causes global warming. However, there are other sources of these harmful emissions as well.

The most common way people emit greenhouse gases is through their daily activities such as cooking, cleaning, or driving to work. These activities release carbon dioxide into the air by burning fossil fuels like gasoline or coal. But there are also ways to emit carbon dioxide without using any fossil fuels at all!

There is more disease, poverty and suffering in the world today as a result of environmental pollution and destruction than from any other cause…read more

Another way people can emit carbon dioxide is by eating processed foods instead of unprocessed ones like fruits and vegetables!

Clothing accounts for about 2% of greenhouse gases according to the EPA. That doesn’t include manufacturing emissions from imported clothing or synthetics (like polyester).

When buying clothes, look for items made from natural fibres like cotton and wool. These require less energy to produce than polyester or other synthetics do.

Not All Carbon Emissions Are Bad, The Human Body Needs A Certain Amount

Carbon is an element that’s crucial to life on Earth. It’s in our bodies, the food we eat, and the air we breathe.

But not all carbon emissions are bad for the environment. Carbon is a critical element to our bodies and has many roles in keeping us alive. The human body needs this gas to survive since it’s what gives us energy.

The carbon cycle involves the exchange of carbon between the atmosphere, oceans and land over time. This process plays a key role in regulating Earth’s climate by controlling how much heat is trapped by greenhouse gases in the atmosphere.

Carbon dioxide helps regulate our blood pH levels, which is important because if it gets too high or too low, we can die. It’s also the main reason why we need oxygen in our bloodstreams.

The body produces its own carbon dioxide when it breaks down food into glucose molecules during metabolism. This is then used to produce energy through oxidation reactions with oxygen molecules in the mitochondria of cells.

When these reactions aren’t working properly or something interferes with them, such as an illness or injury, you may start feeling lethargic and tired because your body isn’t getting enough energy from these broken-down sugars (called carbohydrates).

The human body can’t use sugar as fuel as an engine does. Instead, it burns fat stored in cells called adipocytes (also known as fat cells). Fat is composed of long strings of molecules called fatty acids that are broken down into smaller parts called acetyl CoA molecules (the stuff that makes up proteins).

Most carbon emissions come from burning fossil fuels, like coal and oil. So, one important way of cutting down these harmful emissions is replacing these unsustainable sources with something cleaner. But that’s easier said than done.

Fossil fuels are fuels that were created by the heat and pressure of deep underground rocks, which turned them into oil, natural gas, coal, and other combustible materials. Fossil fuels have been used for thousands of years.

Fossil fuels are found all over the world under the Earth’s surface. They come from ancient plant and animal remains. These are buried deep within sedimentary rock layers formed hundreds of millions of years ago when our planet was very different from today.

The climate crisis is real, it’s serious and it is the moral challenge of our generation, we need to take the action necessary to address it now…read more

Carbon dioxide, methane and water were trapped in these sediments with other materials rich in carbon compounds. These carbon compounds were converted over time into organic matter through heat and pressure from deep underground rocks called tectonic plates grinding against each other.

The worldwide use of fossil fuels has increased since the Industrial Revolution in the mid-18th century. Its use has also led to an increase in greenhouse gases such as carbon dioxide, methane, and nitrous oxide.

These gases are now being released at a faster rate than they can be taken up by plants and the oceans. They are causing changes to the climate that cannot easily be reversed.

Fossil fuels don’t renew themselves, so once we use them up, they’re gone forever! Renewable energy sources such as solar power or wind power can be used repeatedly because they don’t run out as fossil fuels do.

Cleaner Energy Makes For A Better Future For Everyone

Clean energy is the way of the future. We’re already taking the first steps toward it and made huge strides in recent years. Cleaner energy technologies like solar and wind are getting cheaper, and more accessible. And greater in their efficiency with each passing year.

We’re not just talking about solar panels on rooftops here. We’re talking about wind turbines that generate electricity from offshore farms to power homes with clean energy instead of fossil fuels.

And while it may seem like a new concept, cleaner energy has been around for decades and has made some impressive progress recently.

Cleaner energy is critical for our health and for protecting our climate. Over the past few years, we’ve seen record-breaking heat waves and droughts, floods, wildfires, and hurricanes.

Our environment is getting hotter, drier, and more extreme. This means more intense storms and floods, which can devastate entire cities and counties.

Cleaner energy helps us avoid some of the worst effects of climate change. Simply by reducing emissions that contribute to global warming. Even better, it makes us healthier by reducing pollution from dirty energy sources like coal-fired power plants.

People are the main cause of greenhouse gases and global warming. For change we should start with ourselves.

We can start doing our bit by reducing our carbon footprint. By doing things like recycling and using public transport. You’ll help lower the number of greenhouse gases being produced in your community!

When it comes to greenhouse gases and pollution, we’re only looking at part of the picture if we focus on cars and factories. It’s important to look at the whole picture; for one, because it helps us understand how we can better protect our environment.

There is a consensus among most climate scientists that humans have been the most significant contributor to global warming. There are several reasons for this, including deforestation, the use of fossil fuels, and more.

Regardless that the evidence points toward us being primarily responsible for greenhouse gas emissions, many individuals still doubt that our actions can have such drastic effects.

These kinds of attitudes simply delay effective policies and procedures, which ultimately only exacerbate the problem.

Greenhouse gases prevent a portion of the sun’s warmth from being reflected back into space. The biggest sources of the gases are coal, oil, and natural gas.